This postcard features the explosion during the Bandit scene on The Great Movie Ride.  Back of Card says: “There’s a hot time in the Wild West as bandits stage a bank holdup that has guests on “The Great Movie Ride” reaching for the sky!”

This collectible Disney MGM Studios Postcard makes a great gift for yourself or someone you know.

This postcard features the explosion during the Bandit scene on The Great Movie Ride.  Back of Card says: “There’s a hot time in the Wild West as bandits stage a bank holdup that has guests on “The Great Movie Ride” reaching for the sky!”

This collectible Disney MGM Studios Postcard makes a great gift for yourself or someone you know. 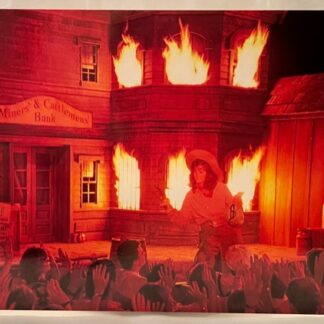