Buy this Dreamworks Shrek 2002 Pin Used for yourself or someone else!

This listing is for one used:

Shrek is a 2001 American computer-animated comedy film loosely based on the 1990 fairytale picture book of the same name by William Steig.  Later, Steven Spielberg purchased the rights to Steig’s book in 1991.  Noteworthy, he originally planned to produce a traditionally-animated film based on the book, but John H. Williams convinced him to bring the film to the newly-founded DreamWorks in 1994.  Next, Jeffrey Katzenberg began active development of the film in 1995 immediately following the studio’s purchase of the rights from Spielberg.

Shrek sparked a motion picture phenomenon and captured the world’s imagination with…the Greatest Fairy Tale Never Told!  Notably, in the story, an ogre called Shrek (Mike Myers) finds his that fairy tale creatures have overun his swamp.  Importantly, the corrupt Lord Farquaad (John Lithgow),  who aspires to be king, has banished these creatures.  Therefore, Shrek makes a deal with Farquaad to regain control of his swamp in return for rescuing Princess Fiona (Diaz), whom Farquaad intends to marry.  Moreover, with the help of Donkey (Eddie Murphy), Shrek embarks on his quest but soon falls in love with the princess, who is hiding a secret that will change his life forever.

Disclaimers For This Shrek Pin Listing:

NOTEWORTHY, PIN BACK HAS SHARP PIN AND CONTAINS SMALL PARTS.  SO NOT FOR CHILDREN.

Surely, buy this Dreamworks Shrek 2002 Pin Brooch Variety C.C. Used for yourself or someone else! 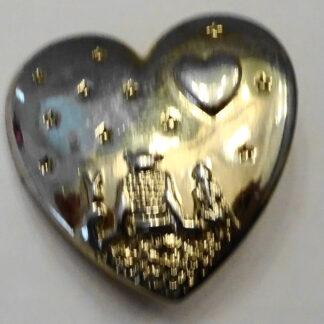