This coin is struck to the highest PROOF quality.  The design on each coin is in relief with a glorious mirror-finish background

On the front of the coin, King Henry VIII is surrounded by his six wives, in the order of marriage, as well as by two Tudor Roses to symbolise the Tudor dynasty.  Of special importance, this coin also represents 500 years of royal history, from Henry VIII on the front to Queen Elizabeth II on the back.

Own this unique and hard to find 925 silver proof coin commemorating  the 500th Anniversary Of Accession Of King Henry VIII.  This truly remarkable coin is one that collectors and historians of all ages will be eager to own.  Add it to your collection today!

This listing is for one UNCIRCULATED:

The diameter of this finely struck and detailed silver proof coin is 38.60 mm and it weighs 28.20 gms.

Pobjoy struck this coin to the highest PROOF quality.  The design on each coin is in relief with a glorious mirror-finish background.

The back of the coin carries a fine effigy of Her Majesty Queen Elizabeth II by Ian Rank Broadley FRBS FSNAD.

King Henry VIII ascended to the English throne on 21 April, 1509.  A larger-than-life character, he transformed English history and culture. Thus, he has remained one of the world’s most popular monarchs for 500 years.  This Isle of Man’s glorious coin commemorates the 500th Anniversary of his Accession.  Appropriately, his six wives, in the order of marriage, surround him as well as two Tudor Roses to symbolize the Tudor dynasty.  Of special importance, this coin also represents 500 years of royal history, from Henry VIII on the front to Queen Elizabeth II on the back.

From 1509 to 1547, Henry VIII was the king of England. After a series of high profile marital scandals and turmoil, Henry broke away from the Catholic Church about two decades into his reign. Obsessed with producing a male heir, Henry went on to marry six different times. By the time he got to the sixth wife, Henry VIII had executed two former wives on charges of adultery and treason.

A strong-willed Tudor, Henry VIII’s 37 years on the English throne helped catapult England from an obscure kingdom to one that rubbed shoulders with colossal empires such as Spain, the Holy Roman Empire, and France. Under Henry’s reign, Wales became part of England in 1535. Also, he became king of Ireland.

Owing to his overindulgent lifestyle of drinking and junk food, as well as the jousting accident of 1536, Henry VIII spent the remainder of his reign morbidly obese. After his death in 1547, Edward VI, Henry’s not-so-strong but intelligent son, succeeded him.

Henry VIII’s legacy is significant in the annals of British history because of his initiation of Protestant Reformation in England. In effect, Henry was the first king of England to hold absolute power in both the Church and the State.

Background Info For The Six Wives of Henry VIII:

Henry’s first wife, Katharine of Aragon, was the youngest child of the ‘Catholic Kings’ of Spain, Ferdinand and Isabella. Notably, she and Henry were married for over twenty years. Despite the pope’s refusal to annul the marriage, Henry separated from Catherine in 1531. He ordered the highest church official in England, Thomas Cranmer, Archbishop of Canterbury, to convene a court. On 23 May 1533, Cranmer ruled the marriage to Catherine null and void.

His second wife, Anne Boleyn, was the daughter of an ambitious knight; she was executed after three years of marriage. His third wife, Jane Seymour, died after less than two years of marriage, having finally produced a son and heir for Henry. His fourth wife, Anne of Cleves, was divorced mere months after the wedding, for Henry found her unattractive and was already courting his fifth wife, Catherine Howard. Henry ordered Catherine executed after less than two years of marriage. Then, the king settled upon the twice-widowed Katharine Parr as his sixth wife. She outlived the mercurial king.

Disclaimers For This Henry VIII Silver Coin And His Wives Uncirculated:

We enlarge photos in this listing to show details.

Further, pardon glare and reflections in photos.  Look carefully at photos and you will see the camera lens and fingers reflected off the mirror-like surfaces of the coin!

NEXT, COIN YOU RECEIVE MAY VARY SOMEWHAT FROM THAT SHOWN BUT WILL BE IN SAME GENERAL CONDITION.

NOTEWORTHY, COIN MAY HAVE SUPERFICIAL SCRATCHES AND/OR MINOR WEAR OF FINISH AND/OR NICKS FROM WAY THESE WERE STACKED AT THE MINT.

IMPORTANTLY, COIN MAY HAVE MINOR SPOTTING AND/OR TONING AND/OR OXIDATION.

This truly remarkable coin is one that collectors and historians of all ages will be eager to own.  Add it to your collection today! 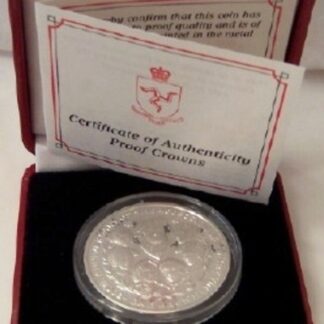 You're viewing: Henry VIII Silver Coin And His Six Wives $101.99
Add to cart