After years of touring, Forever Tango made its Broadway debut at the Walter Kerr Theatre on June 19, 1997. It played there until April 1998 before moving to the Marquis Theatre, where it played for four months before ending its initial Broadway run.

According to Variety: “For all of its obvious single-mindedness, “Forever Tango” accomplishes what it sets out to do, seducing an audience with its infectious and fervent tempos, its haunting Latin rhythms and, most certainly, the masterful techniques of its seasoned dancers. There are some languid orchestral interludes, which tend to slow the pace to a crawl, as do a couple of songs ardently crooned by an Argentine troubadour, but the entertainment, conceived and staged by Luis Bravo, is mesmerizing when it’s dancing.

With musicians seated onstage for the entire show, against the single backdrop of a starry evening sky, dancing couples glide in from the shadows of the night. Each couple offers distinctive variations on the intricacies of the tango, an immigrant-inspired dance born over a century ago in the back rooms and saloons of Argentina.

The orchestra is led by an impassioned Lisandro Adrover, who plays a bandoneon, similar in principle to an accordion but with a more limited range. Instrumental segments feature solos for the pianists and violinist, the most persuasive statement being the familiar “Jealousy.” 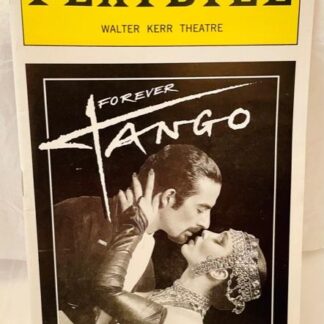