That’s a wrap!  Indeed, the end titles have rolled for The Great Movie Ride at Disney’s Hollywood Studios.  Surely, be part of Disney and Cinema history with this commemorative limited release tumbler cup.  Available for a limited time only!

The Great Movie Ride closed permanently on August 13, 2017 to make way for an attraction named Mickey and Minnie’s Runaway Railway.  Notably, this Tumbler is a farewell commemorative to this popular attraction which Disney sold only at WDW during the month of August 2017 until they were sold out.

Firstly, we enlarge photos in this listing to show details.

Also, cup may have minor imperfections such as nicks, scratches, and irregularities as sold new by Disney.

Finally, color of cup you receive may differ from that shown as dye lots may vary.

Surely, this Disneyana collectible makes a great gift for yourself or someone you know.

Buy one to give as a gift as well.  To avoid disappointment,

Please be sure to read this listing carefully, thoroughly and completely.  Also, ask questions before buying so you are completely satisfied with your purchase. 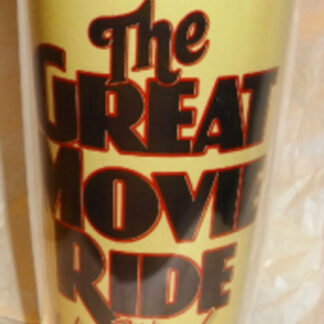